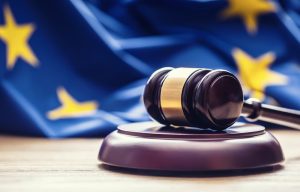 European Union translation requirements can seem  overwhelming, as there are currently 24 official languages recognized in the EU. The EU’s policy on multilingualism aims to preserve the broad linguistic diversity of Europe as well as foster an environment where language learning is promoted and encouraged. It is one of their goals to have every citizen speak two languages in addition to their mother tongue.

Having so many official languages allows all citizens and elected representatives to communicate in any of the languages they wish.

In addition to the 24 official languages listed below, there are over 60 regional or minority languages as well.

If you would like to hear a sample of each language, you’ll find one here.

The language industry, in form of education translation, and interpretation is an increasingly fast-growing industry in the European Union.  Sometimes referred to as “procedural languages” the European Commission conducts internal business in English, German, and French. However, public facing content is multilingual.

Industries such as the life science sector, being highly regulated, have a unique challenge as document source languages vary widely for the research, production, and marketing of each product. The EMA or European Medicines Agency, is responsible for the scientific evaluation, supervision, and monitoring of medicines in the EU. Labelling, instructions for use, and marketing material for products in the EU must comply to language requirements. For companies wishing to extend their global reach, budgeting for life science translation is essential for various stages such as regulatory submission materials, import and export documentation, registrations and approvals, and marketing material just to name a few.  These challenges do not only exist for companies outside of the EU, but within as well.

Next week, we’ll take a look at how the EMA is approaching the United Kingdom’s withdrawal from the EU and what that means for the industry.