Lost in Translation – Missing the Target 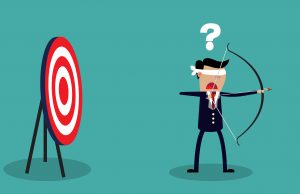 We have all seen how translation blunders can be humorous at times. While some may be entertaining, others cause quite a stir. There are entire websites dedicated to pointing out these translation errors on objects such as clothing or signs. Equally, you can discover a plethora of information about significant and occasionally history-changing translation errors. In the life science industry, however, mistranslations can have catastrophic consequences.

There have been numerous events in history when the simple mistranslation of a single word led to political unease. For instance, in 1830 a mistranslation of the French word ‘demander‘ in a communication sent to the White House generated confusion during negotiations. Instead of accurately translating the verb ‘to ask’ it was interpreted as “the French Government demands”. Luckily once the error was realized, talks continued.

Similarly, during a visit to Poland in 1977, Jimmy Carter made a big faux pas when addressing the public in a speech. His interpreter caused quite the scandal when he was wanting to know people’s “desires” for the future which came across sexual in nature. To make matters worse, it was also stated that he had “…left the United States, never to return”. In fact, it was intended to mean he had departed that morning. The errors continued on his trip making for quite the embarrassment. Another mistranslation which remained controversial for years was the supposed canals on Mars. These were identified as the Martian Canals from the late 19th and early 20th centuries. An unassuming translation error of the word canali led to decades of speculation.

A Matter of Life and Death

In the life science industry, translation errors can be costly. Not only can errors impede the time to market of various products, but also cause expensive recalls. We likewise see language barriers in health care during hospital visits, or in health-related conversations with clinicians. These language barriers can mean the difference between adequate and inadequate attention to health matters that could put a patient’s well-being in jeopardy. In 1980, a high school student became the unfortunate victim of a medical accident from an avoidable error. With the misinterpretation of one single word, intoxicado, a young man was left untreated with an intracerebellar hemorrhage. As a result of the late discovery far too much brain damage was done, leaving him a quadriplegic. In courts the case was settled at $71 million dollars, a far stretch from the cost of an interpreter. You can read further about this tragic story at HealthAffairs.

There have also been unfortunate and expensive mistakes triggered by product labeling errors that were also discovered too late. One such example occurred in Germany, when a translation error resulted in 47 botched knee replacements. All of this was due to a mistranslation on a label.

Accurate and culturally appropriate translations are a necessity. Investing in quality translations can mean the difference between life and death in the life science industry. Luckily, the need for interpreters in health settings is increasingly being realized. The bridging of communication gaps between patients and their providers is leading to improved healthcare. Whether to make sure your branding message is received as intended or that your words are not misinterpreted, translation matters.

With CSOFT, you can be confident that your brand, message, and content will be received by your target audience the way you had intended. No misinterpretation, no confusion – just clarity. Visit our site today to learn more.