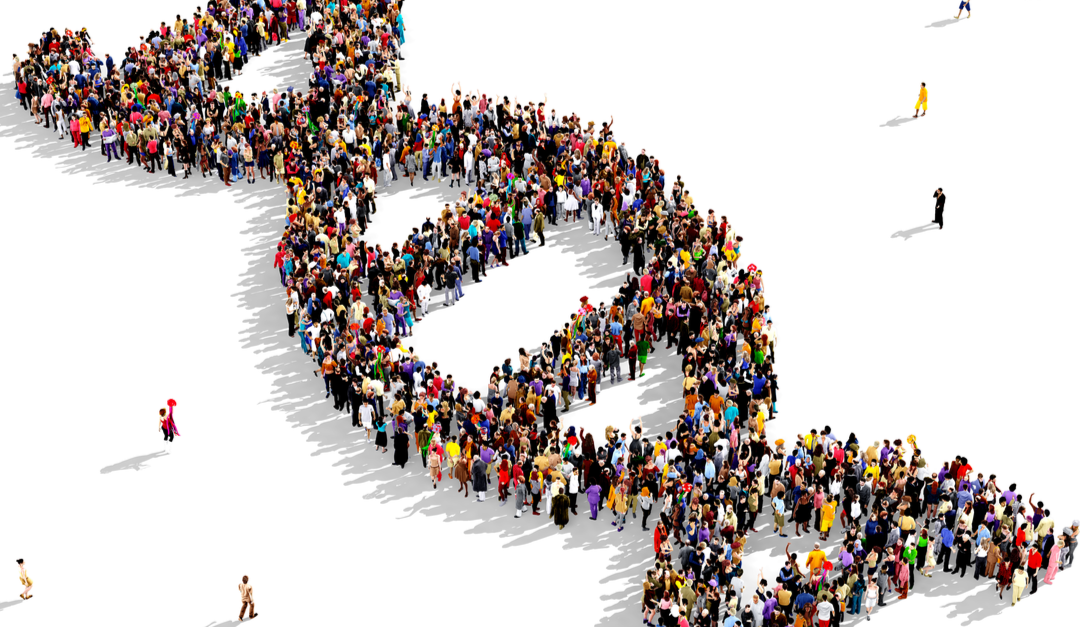 The relationship between genetics and the diversity of cultures around the world is complex. While our genetics play an important part in who we are, the culture we live in also has a direct and large influence on our overall health. The widely accepted theory that culture plays a huge role in shaping someone’s genetics is referred to as the dual-inheritance theory, or the gene-culture coevolution. With humans 99.9% similar to each other, the difference between people is largely influenced by the environment and community that they, and their ancestors, are raised and settle in. This is critical in understanding people of different cultures, particularly their health. Improving global healthcare, and in turn patient advocacy particularly for at-risk populations, to become more patient centric begins with understanding patients’ cultural nuances, including the language they speak. From this foundation, a more in-depth knowledge can be utilized for how their respective culture and language impacts their perception of the world and their overall health.

One of the most popular examples that supports the gene-culture coevolution theory is actually found in diet, specifically, the existence of lactose intolerance. Statistically speaking, roughly 65% of the world is lactose intolerant, with 70-100% of people affected from East Asian communities. In contrast, only about 5% of people from North Europe are lactose intolerant, more than likely due to the culture’s heavy reliance on dairy products in their diet. While diet is clearly a huge factor in regards to mutations in genetics, the risk of contracting environmental diseases is as well. In order to better patient care, it’s important to understand how one’s environment directly impacts their health.

In certain parts of the world, populations at risk of contracting serious diseases tend to develop genetic mutations as a form of natural defense. For example, malaria, a disease spread by infected mosquitos, is heavily prevalent in sub-Saharan Africa. People who live in or are descendants from this region are far more likely to have sickle cell disease (1 in every 365 African Americans are estimated to have the disease). Sickle cell disease is a hereditary, incurable, genetic mutation of the hemoglobin gene where red blood cells are not in the traditional disk shape but instead in a “sickle” shape, hence the name. While sickle cell disease can be dangerous, it also works as a natural defense against malaria; although the disease does not necessarily stop the person from becoming infected, it slows the process and boosts the rate of mortality. Other regions of the world that experience higher rates of malaria, like South America, the Caribbean, and some parts of the Mediterranean, also see a higher occurrence of the genetic mutation in their populations.

Perhaps one of the most interesting parts of human culture that is intimately woven with our genetics is language.  Language is a central part of culture for different populations from all over the world.  It is how we as humans express ourselves, interact with each other, work with each other, and create deeper meanings as we navigate survival.  With over 7,000 recognized languages spoken worldwide, there have been numerous studies conducted to demonstrate how a person’s language influences the way they perceive the world. One, conducted by Panos Athanasopoulos, psycholinguist, and colleagues at the University of Lancaster, looked at bilinguals who spoke both German and English.

The study’s goal was to see if two different mindsets could be in one person, as German speakers specify beginnings, middles, and ends of events, whereas English speakers focused primarily on the action and less on the endpoints.  They asked 30 bilinguals to watch a video and determine whether the action portrayed on screen seemed to have a goal or not.  The study found that whatever language was most dominant for that person became their perception of an action in a goal-oriented (typically those who primarily spoke German) or action-oriented perception (typically those who primarily spoke English).  The study conducted a second experiment where they took a different group of bilinguals and had the speakers repeating a series of numbers in either language while watching the video.

They found that depending on what language the speaker was using, no matter their native dialect, they were able to switch their perception of the video based off of what language the numbers they were repeating back. Athanasopoulos’ study illustrates that language is not just used to reflect our thoughts, but actually is an active part in constructing how we view reality. This data is only scratching the surface of language and its role in our culture, and how ultimately our actions and understanding of the world around us is complexly intertwined in our genetics, both in shaping who we are as individuals as well as forming a better understanding of our health.

Culture, from the language we speak, to the food we eat, and its relationship with our genetics are necessary components when trying to understand humanity as a whole, in particular human health.  People’s perceptions of the world as well as themselves ultimately stems partly from their genetics, and partly from the culture they are raised and live in. Providing medical care to genetically unique individuals requires tailored medicines that have successfully passed through the relevant and diversity-inclusive clinical trials. Reaching people of diverse backgrounds through active patient communication and engagement is as equally important as a successful clinical trial for efficacy of the treatment. Translating drug therapies, treatments and medical devices with expert localization and cultural awareness enables life science businesses to reach patients globally. Such translation also enables businesses to achieve and share healthcare accessibility with patient centricity as the clear focal point, improving lives inclusively, and globally.

CSOFT Health Sciences provides end-to-end medical translations for all phases of the product lifecycle, from pre-clinical to post-launch. We also specialize in market access consulting, medical writing, and CTD/eCTD submissions with the FDA, EMA, and NMPA. Our operations are compliant with ISO 17100 and certified in ISO 9001:2015 and ISO 13485:2016, ensuring our customized solutions meet the rigorous regulatory requirements of global submissions.

CSOFT International is a leading provider of cross-border communications for enterprises seeking growth in global markets. Our expertise in localization, documentation, and branding encompasses a full range of end-to-end content and consulting services that we deliver in over 250 languages. With a focus in health sciences and smart technology, we work closely with our clients to deliver precision solutions to the challenges of engaging markets, consumers, and regulatory environments worldwide.