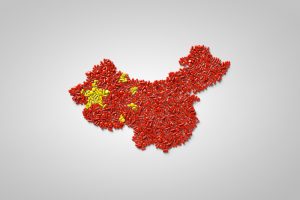 On March 4th of 2016, the China Food and Drug Agency (CFDA) officially launched their new classification system for chemical drugs. Under the Reform Scheme of the Classification System for Registration of Chemical Drugs (Reform Scheme), previously called the Drug Registration Rules (DRR), some classifications have changed. As we explored earlier, there has been a lot of restructuring of regulatory bodies in China. The explosive growth in the Chinese market for research is only expected to expand and the government is taking actionable steps towards improving the regulatory environment. In 2013 the CFDA was founded, replacing what was formally known as the State Food and Drug Administration (SFDA). Since combining a variety of different regulatory bodies, they have plans in place to set stricter guidelines and regulations over the coming years.

In the Reform Scheme, the CFDA had redefined the classification of what is considered “new drugs” and what is “generic”. By far the biggest changes come to Domestic Drugs, spread out among 4 different classes. Imported Drugs, redefined as Class 5, will still be following the DRR.

Ropes and Gray give a great outline of these 5 Classes and how they differ:

Class 1 – New Drugs – Drugs that are new and have never been marketed anywhere in the world.

Class 3 – Generic – Domestic drugs (referencing originator drugs) that are marketed outside of China, but not in China

According to The Economist, “China’s national market for drugs has grown to become the world’s second largest. It could grow from $108 Billion in 2016 to around $167 billion by 2020 according to an estimate from America’s Department of Commerce”. However, that $108-billion-dollar pharmaceutical spend only represents 1% of GDP, and 17% of total healthcare expenditures (which was 5.9% of GDP). Of that, 64% was spent on generic drugs versus patented and OTC sales. Given the healthcare spend we see from other countries around the world, there is still a lot of room for growth within the China market. With an aging population comes an increased demand for healthcare. Industry professionals around the world are facing increasing pressure for innovation and development of new drugs, and China is no exception.